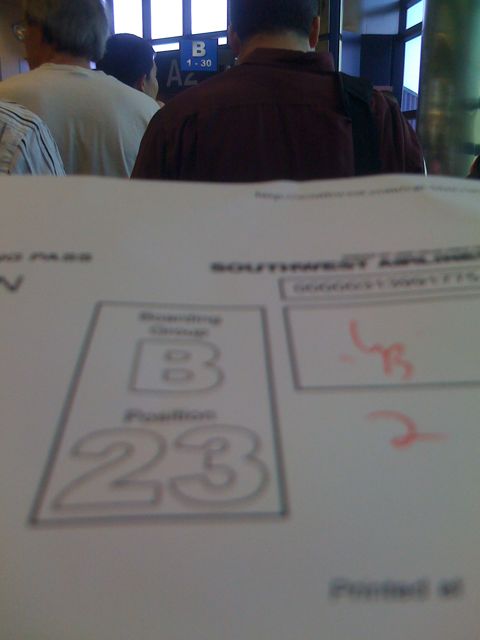 I’m traveling to Las Vegas today for work. I am going to be working in a warehouse which is probably only slightly air conditioned while the outside air temperature is above 100 F during the day.

Not terribly excited about that.

At the airport now there’s a new feature I’ll call the laptop bar. It’s a barstool style seating with two power outlets per seat. They have these every few gates or so. That plus the free wifi SJC now offers and it isn’t so bad. Then again traffic is still snarled with the seemingly endless construction. And no worky for the wireless on my iPhone.

The office in LV closes at 5, so maybe I’ll have a little time to mess around if I’m not pulled into a by after hours work.

More later. Time to get in the Southwest airlines cattle call. 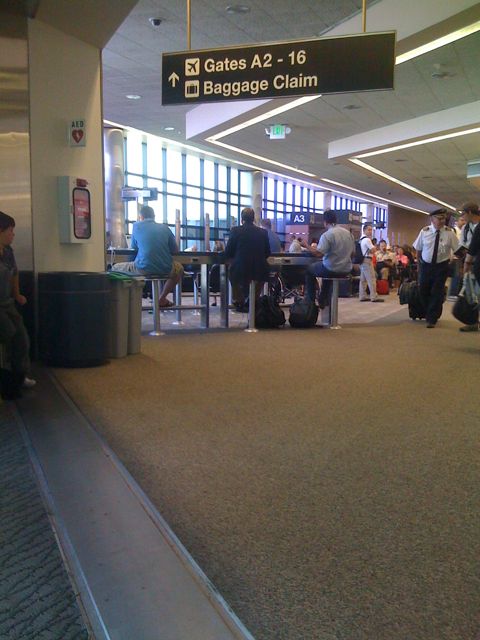