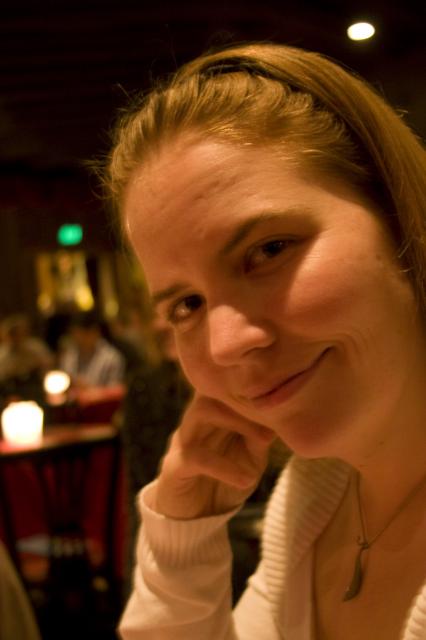 There– I’ve said it. Call it acculturation, call it genetics, call it hormones; I’m just one of those guys who likes the ladies. This Friday I, along with two other lady-liking guys AND two ladies that we guys like, went to Tease-o-Rama in San Francisco at Bimbo’s, and had a grand old time.

A warning, this one… may be a little blue.

A little history first… ages ago, when dot-com dollars were still en vogue, Julie and I went to Burlesquefest with two friends, and were totally and utterly floored. What we were expecting as a campy throwback to retro pinup girls ended up being a full size celebration of stripping, dancing, and generally being sexy. Sure, there was some camp… how could there not be when you involve a man in a gorilla suit? What we took away, however, was that burlesque is really cool. Also, that the band DeVotchKa who was sort of a side-act at the time is an utterly awesome band.

Burlesquefest supposedly ran into money or organizational problems and never happened again, but since then we’ve been two Tease-o-Rama showings, which seem to feature many of the original performers from the Burlesquefest we saw as well as the same emcee: Ms. Kitten on the Keys. Tease-o-Rama is much the same show, acts of individuals or groups come out for a song or two and swing hips, spin tassels, slowly undress, and generally mesmerize the crowd with an air of sexuality, confidence, and beauty that is amazing.

There are very traditionally classy acts involving huge fans made of ostrich feathers set to music with a lot of horns. Other acts involve belly dancing, go-go dancing, flapper dancing, and even some singing. The most memorable acts were the ones based on specific themes: Snow White taking a bite of the apple then stripping to a g-string and pasties, a re-creation of Kim Novak in Vertigo looking at the painting of Carlotta then stripping and occasionally losing her balance while spinning a striped umbrella with Jimmy Stewart’s face on it, a naughty girl and her naughty dolly, a woman in a full-prosthetic lizard skin mask along with a corset-with-tail set to Blue Oyster Cult’s Godzilla. Inspired, I tell you.

Here are some pics from the evening. I took a few more than these (~730, shooting RAW with the 6MP Canon 40D and an 8GB card), and I have a set of about 150 that I’ll put up somewhere else soon.