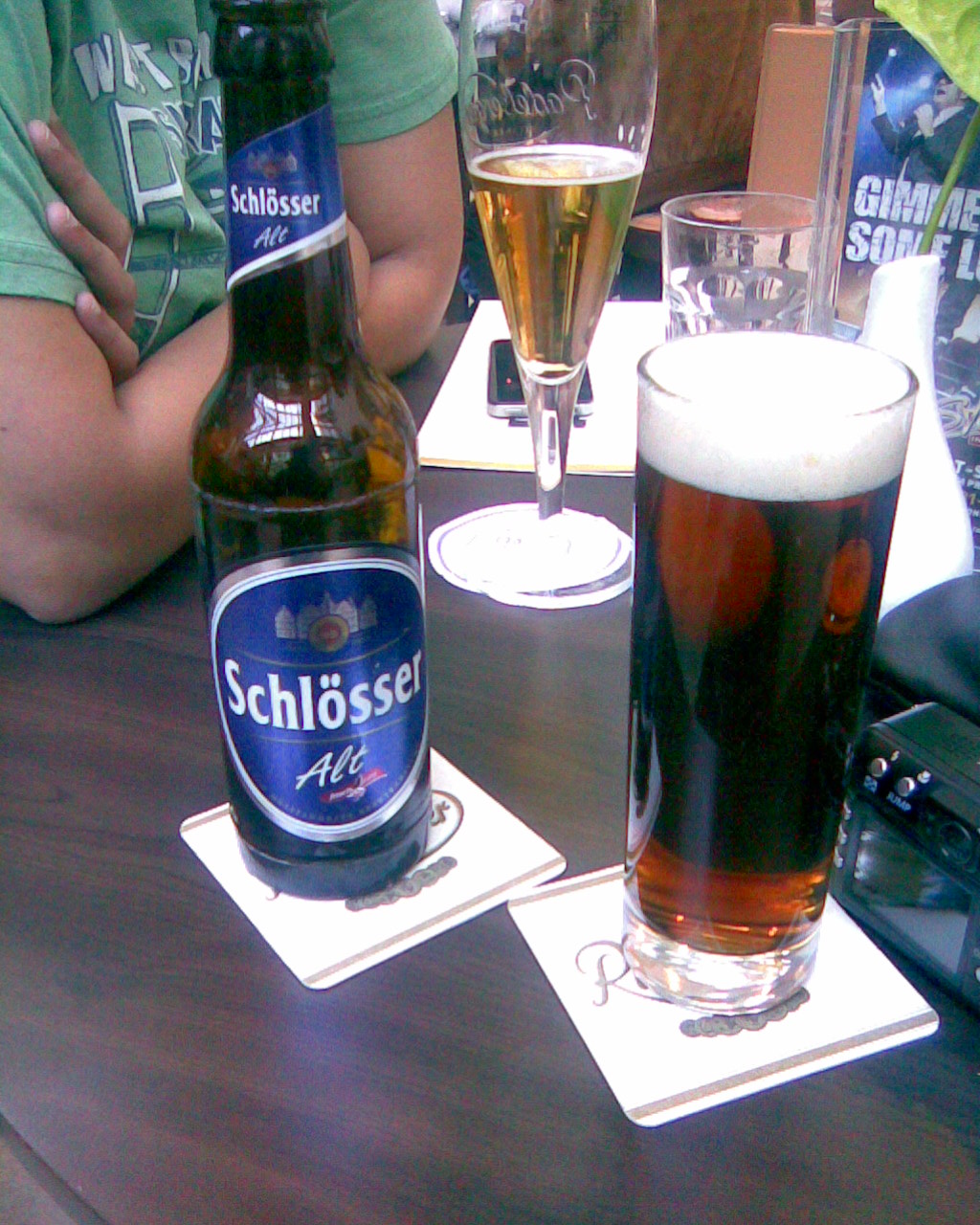 Not too much to report, mostly because I was in a plane for most of the day. I did learn a few things, and I had two beers. Not a bad start.

First up was that German can be spoken very fast, but it is really only a few words. It’s just that the words are long like crazy. I did make a few attempts to say a few things and was able to knock out (successfully) the following:

The second thing I learned is that I’m the only one on my team that was awake today which means I’ll likely be the only person who will not be jetlagged tomorrow. We’ll see how that works out.

Finally, I had two beers. I didn’t get a picture of the second one, it was just some random one at dinner, but it was served in a 0.5L glass. Yummm. The other one was at the hotel bar while waiting for my napping coworkers. It’s a Schlösser Alt. 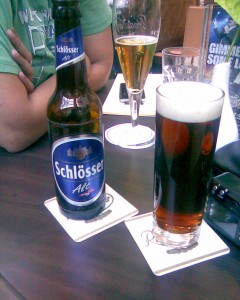