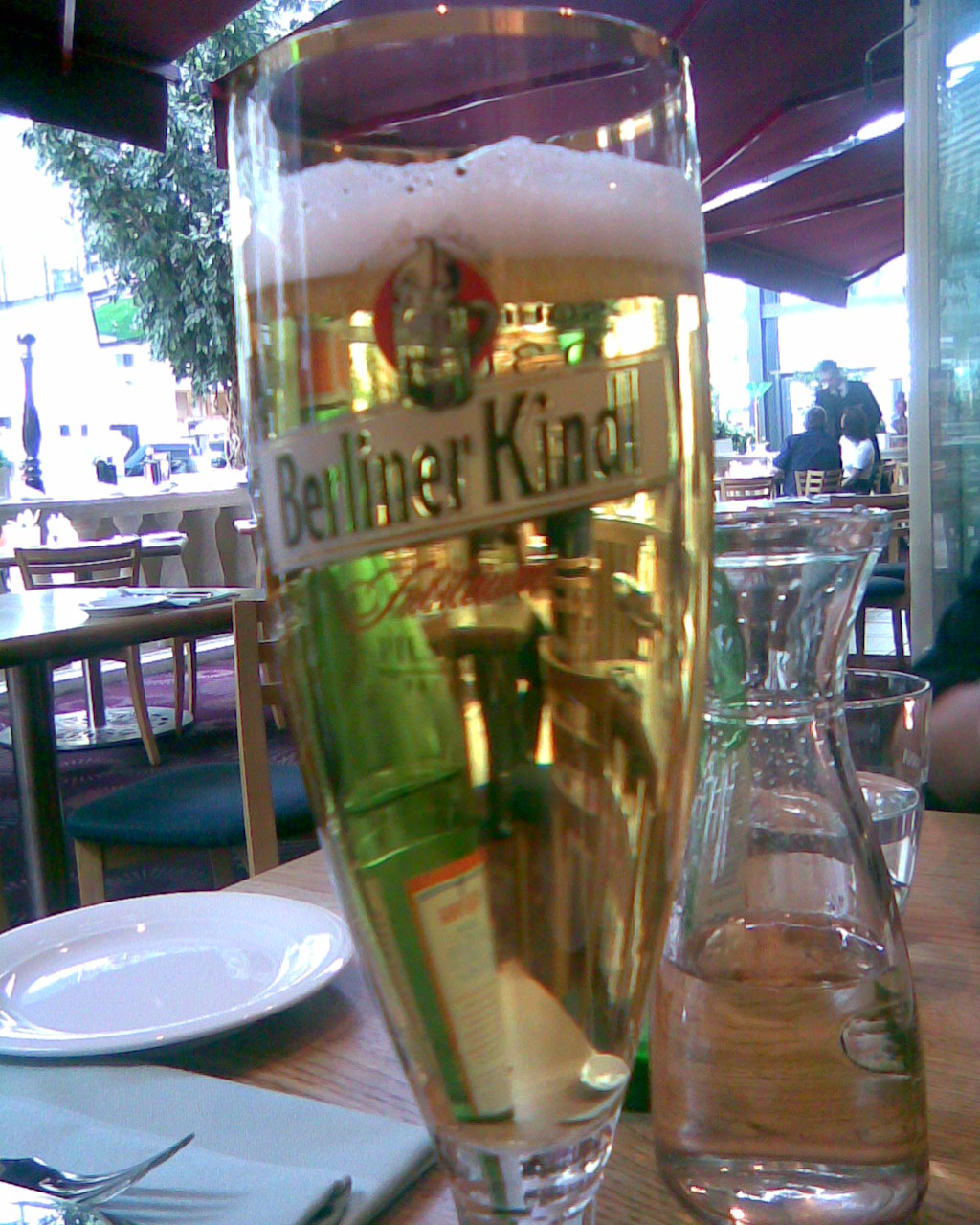 The work begins. I put in almost 12 hours of computer wrangling on Saturday to get the environment up and running for the conference. Sunday was spent in dry runs of the studies, so it’s almost at the point I can do them. (which hopefully isn’t the plan!)

At least I drank some more good beers.

All the shipped equipment showed up nicely and undamaged as did the equipment I put into my luggage padded with sweaters (no joke). We had no problems with power, either. The network setup I did beforehand panned out, as I was able to work and transfer data internally among the machines while we waited the four hours before the internet access was given to us.

The problems we had were with the final setup of the user studies, so it meant lots of resets of the environment which is not hard, but it is enough steps that I had to be around for it. Also, there were some time dependent things like setup of the booth and power and data that we had to wait for the hotel staff to put together, so there was some hurry up and wait, but for the most part it was very productive.

The upsides are we appear to be totally ready now, and I got to eat some good food and drink in the meantime.

Breakfasts are (and probably will be) from the hotel I’m at, and it’s not just continental breakfast: I get eggs, and sausage, and fruit, and yogurt… it’s a good meal. Lunches have been at the conference center which is not bad, but maybe a bit overpriced. I had a Munich-style salad (essentially a 1:1 ratio of salad to sausage, YUM), and a saltimbocca from the Italian restaurant onsite.

Beer report:
Berliner Kindl: light, crisp pilsener beer. They have this in 0.3L, 0.5L, and 1.0L (Maß) and I hope to try that big size before the week is out if not of that beer then something at least as tasty. Hopefully with a monster-size pretzel.

Markischer Landmann: dark, schwarzbier. This was a very nice chocolatey stouty kinda beer but tastes lighter. Apparently from using lager yeast and no roasted barley. My favorite so far.

Schöfferhofer Kristallweizen: a clear wheat bear. I guess they make wheat beer (weißbier) in hefe- (the style I’m familiar with, where it’s unfiltered), dunkel- (dark from roasting the grains), and kristall- (filtered). It was pretty good. They added the lemon for me which is fine. 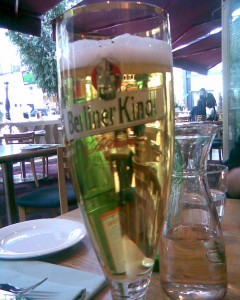 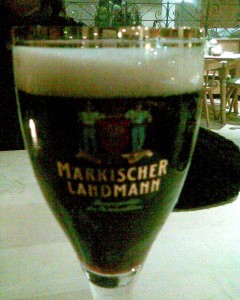 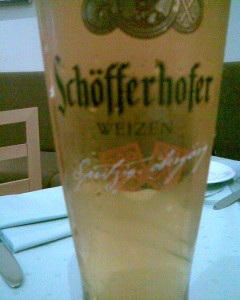