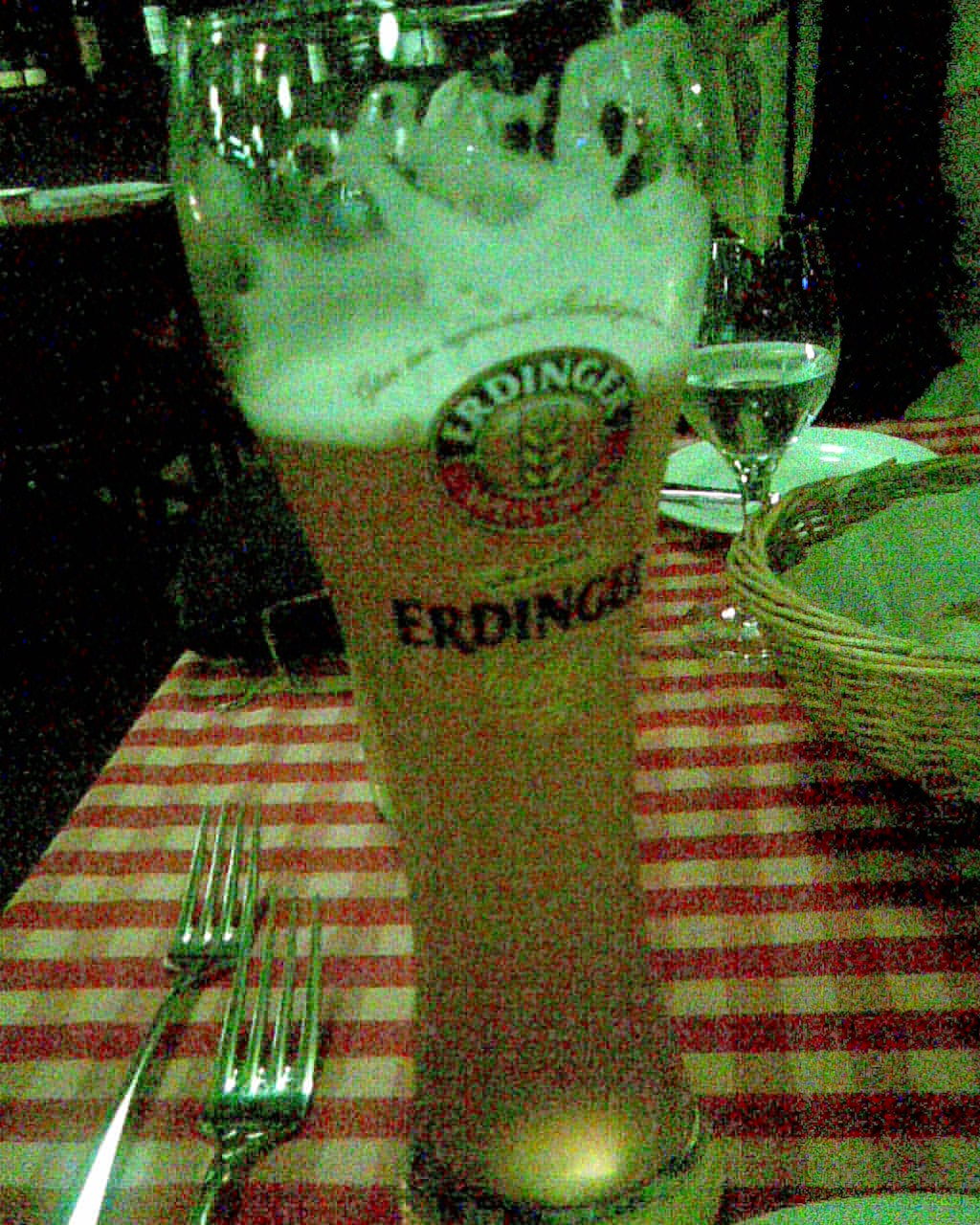 The key word is tired. The days are running together very well. I have a good flow to and from the conference and i’m eating and am hungry at the right time, but I am just tired.

Sleep has been kinda sparse, not because of work necessarily (though that’s happened too) but mostly from going around with coworkers and partners. Schmoozing and hobnobbery and not paying for my own drinks. Not too bad.

Got a lot more German brainwork. One of my coworkers had the previous night left her jacket at the Indian restaurant (I know, I know) and so we went back there. I said to the driver we were going to Oranieberger Straße to an Indian restaurant and the cabbie tried to talk us all into going to a different place, so I explained that we’d left the jacket there on Monday. And I learned how to say cheers (finally): “Prost!”

I learned spirits are kinda less done if at all in Germany, which is fine. Enjoyed an Erdinger hefeweizen which was hefeweizeny. Also few rounds of Konigs Pilsener.

Funny story on the last one. I decided to end my night at my hotel bar instead of running up a bill at the conference hotel since I’d been out late every night schmoozing (like I said earlier). While there having my Konigs and this big Kiwi (New Zealand) named Bo comes up and asks if I speak English. It was the end of my night anyway, so I decided to play against type and keep the guy company at the bar. Good guy, liked to drink and swear and be loud. Then one of the execs from my company comes by who I didn’t know was in my hotel looking for a beer, and he recognized me (hi green hair guy!) so he learns my name and now I’ve bought a round for all three of us. Said exec is an Aussie (who lives and works out of the local Santa Clara office) so he and Bo start talking and it turns out Bo is a dairy farmer and exec comes from a family of ranchers, so then exec buys us all a round! All told I was out very late and fairly full up with beer. And that was before we all had a roadie (as in beer for the road). Those 0.5L glasses add up.

I probably need a detox day, so thankfully I am ok on the scheduling. Both Kiwi and Aussie were only around for two more days so they’re still on the wrong timezones anyway. 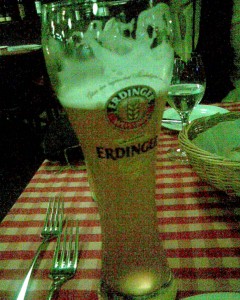 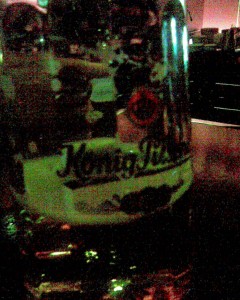