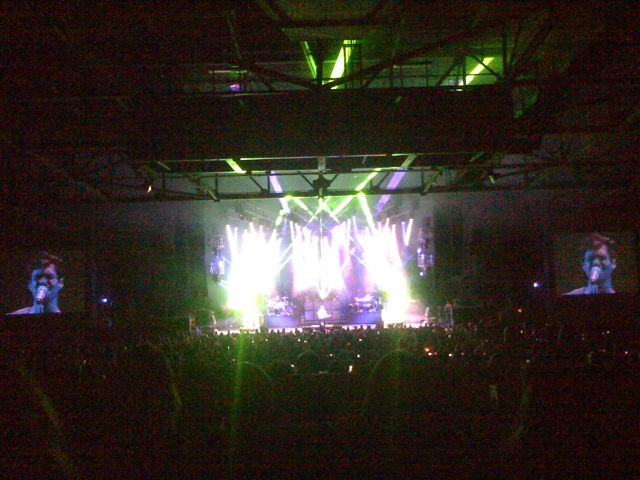 Trucked way the heck out to Concord to the Conc…. Chroni…… Sleep Train Pavillion. Not only is it a long haul during rush hour, but Ygnacio Valley road is much too narrow to accomodate the rush hour crowd let alone the concert goers. The parking process is also super lame, but at least it’s free. Be advised the will call line is nowhere near the ticket holder entrance which means a ridiculous walk for everyone. On the plus side we got there late so we parked in a far-ish lot which meant we exited pretty quickly.

We stopped off and had a very decent amount of sushi so we missed the opening act Augustana as well as some of the Counting Crows set. We’re Maroon 5 people ever since Wake Up Call rocked our house for weeks straight. Counting Crows fans seem pretty passionate and that’s a plus. There did seem to be people that were there for one band or the other: the couple in front of us were standing and singing along to Counting Crows but just chewed gum in rhythm to Maroon 5.

Maroon 5 did not disappoint. There was much booty shakin. Big ups for sneaking Roxanne lyrics into one of the songs.

Special thanks to Kevin L who donated the tickets to us. Our seats were great. He (and his blog) rocks! 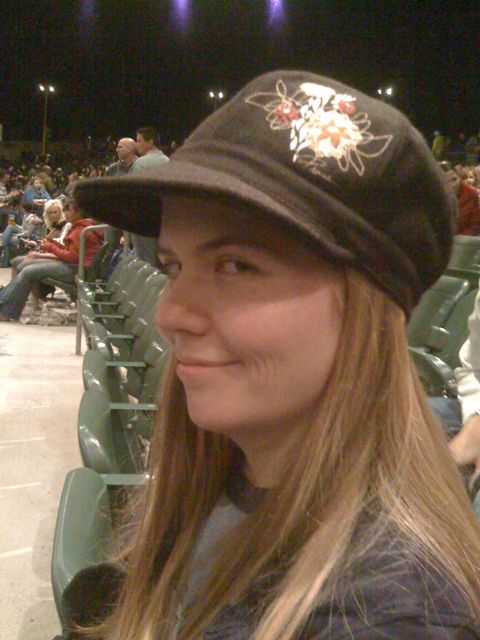 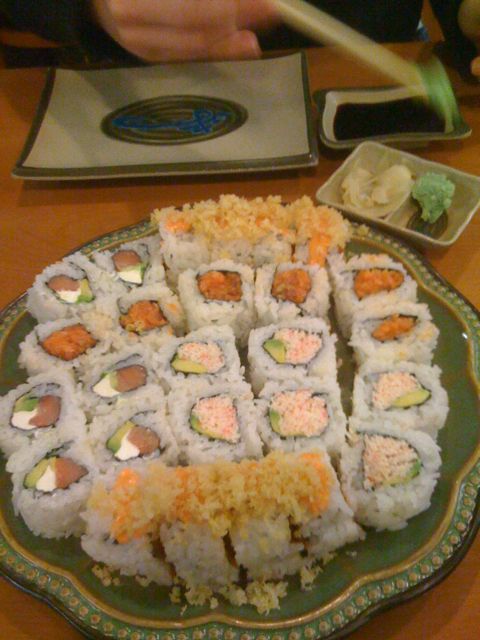