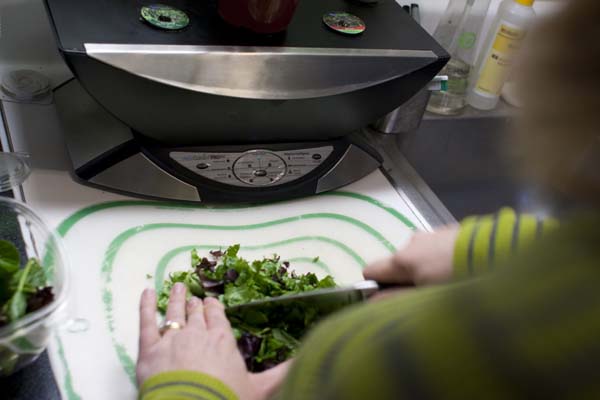 Pizza is one of those things on the Primal/Paleo/Best-Diet-For-Me-Ever list that I miss. A nice crusty piece with just a little bit of that charred cheese flavor with lots of extra sauce makes me hungry. I am not usually into substitutes for foods. If I occasionally have to moderate my moderation and eat something really carby, then I will, but sometimes I want to stay on plan and get what I want. We all want our cake (or in this case pizza pie) and to eat it too.

Thus was borne the search for a way to eat pizza, and it led me to a blog of a paleo-dieter who exhaustively searched for a pizza substitute. The winner of her experiment and comparison sounded so good I had to try it, and it’s now become a meal we eat with some regularity.

Her write-up is certainly good, but sometimes people are visual learners, so I thought I’d take a few pictures as we made it recently, and share them here. It’s best viewed as a continuous gallery, so before I let you off to check it out, a few hints we’ve learned while putting it together: